August 5, 2010 In Uncategorized By admin

My last days in Squamish were great! I concentrated myself on some boulder problems. After the hard day of bouldering I already told about, I did a short multipitch of three pitches.
The day after I went bouldering again and I did my first V9 named Nick’s Link. It is a lower start of the V8 Gibbs Cave I did two days before!
After that I tried an even lower start of it who is V10, but that was to much for the day, I was close! 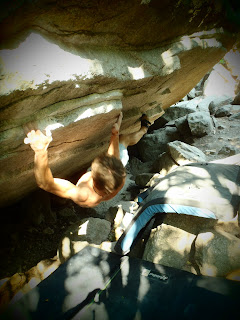 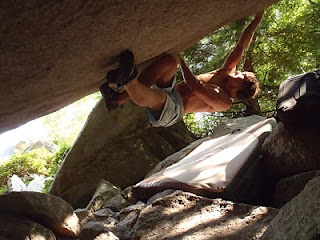 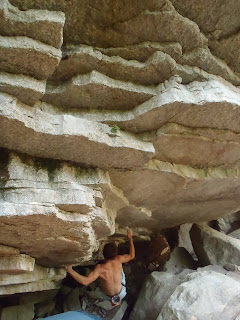 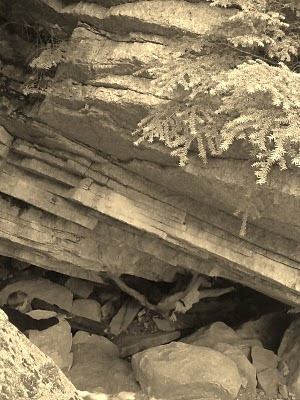 Now I’m in Boulder CO, this is an amazing place. The environment is totally different than in Squamish, there’s not that much vegetation and everything is dry. There are those thunderstorms every afternoon. Very funny because it’s the whole day beautiful weather just until 2pm when the storm is coming up. It isn’t to bad because the storm stops after an hour.

I haven’t climbed yet because of some practical reasons. I was lucky to have met a guy at the airport who is a climber and who is living in Boulder. I took the bus to Boulder with that guy, he was living with a whole bunch of climbers in a house. I stayed there for the night.
Now I’m staying in an other house with also a lot of climbers. The only problem is that all of them work in the week and only can go climbing in the weekend. So the plan now is to go to Rifle this weekend with a guy of Colombia who also live in the house I’m staying right now. I’ll see where the trip brings me!

It is really special to meet all those new people, really interesting actually! It’s totally new for me to just meet some people and just stay at their houses. This is called couch-surfing. But it’s possible and the people here don’t really care and even like it!

Boulder is a beautiful city with a really nice city life, when you go a little bit out of the city your in nature between some beautiful cracks in the boulder canyon!