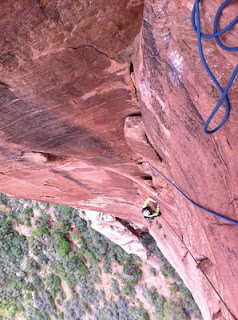 Last Sunday evening I’ve met two French guys where I was camped. Nicolas André and Matthieu Mercier. They are on the road for 6 months, first they will spend 9 weeks in the states, after that they’ll go to South Africa and New Zealand.

On Monday I climbed with Matthieu, he is more a multi-pitch climber and he even does some alpine climbing. Nicolas is more of a boulderer, and a really strong one to.
We tried to climb ‘Monkey Fingers’, an 8 pitch long 5.12b. The 12b pitch was the third one witch I tried to on sight but it didn’t work. It was a really small finger crack in a corner, even the book says harder for big handed folks! I felt it!
The rest of the route we could finish without any problems! It was a real adventure again those multi-pitches. 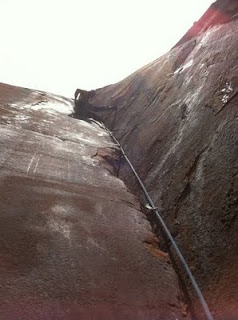 On Tuesday we climbed with three, it was going really slow because of all the rope organizing but it worked. We tried ‘Plan B’, a 6 pitch long 5.12b. This one was definitely a little bit harder! The second pitch was a nice Indian Creek style splitter witch I lead without problems because of the Indian Creek experience. The third pitch was pretty dangerous, Matthieu lead it very good. 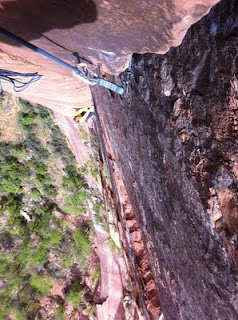 After that I and Nico followed. Just before the anchor was a huge pillar the size of a fridge that moved 5cm backwards when I was hanging on it. I kept my balance and leaned forward again to put my weight of the fridge sized rock! I screamed pretty loud because I thought I was falling with that fridge in my hands! Luckily nothing happened and I could continue in the 4th pitch. This was the crux pitch of the route! It was a 12b roof-crack, but long and big! I liked it a lot but I fell twice! If I would try it again I think I’m able to do it. After that Matthieu and Nicolas followed, but because it was a big roof there was a lot of friction. We also lost one Camalot #1, we bought a new one together afterwards.
Because of this crazy friction in the roof, the rope was getting used! At the end Matthieu fell and I just heard him screaming pretty loud. I had no idea what was going on because I couldn’t see him. After we did some crazy rescue style I saw that the mantle of the rope 2 meters above his nut was broken and you could see the core very well. That last part of the roof I belayed him on a thin rope we had to haul up our bag! Luckily everything worked out pretty well and we didn’t have an accident, we’ve just lost a cam. After Nico tried to get the Camelot back for 30 minutes we were tired of all the shit that had happened and came down. Too bad because it was a really nice line! Just not a line you want to climb with three people.
Afterwards in the coffee shop we looked back on the day and had a lot of fun. Those days need to be there, that’s how you get experienced! 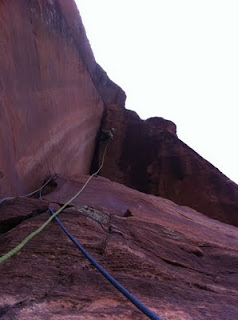 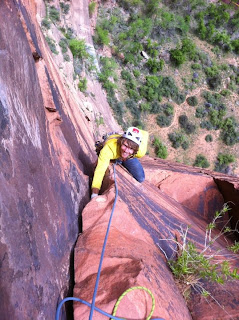 Yesterday we wanted to climb again but the rain made us leave Zion national Park. I came to Las Vegas to pick up my title of my car and stayed at the house where my car is registered. Rian, the owner of the house, let me wash my clothes, clean my whole car out and finally wash myself in his house! It feels awesome to have everything clean. I’ve vacuumed my whole car, really everything. This all because I’m scared a bear is going to yank out one of my doors to get in for food!

So now I’m going to leave Las Vegas again and go to Yosemite! I’m really excited because I know a lot of people over there right now! And in 10 days Florian is coming! 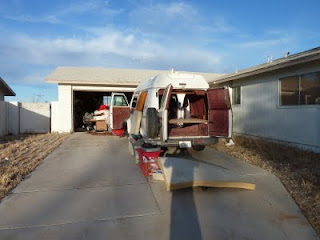 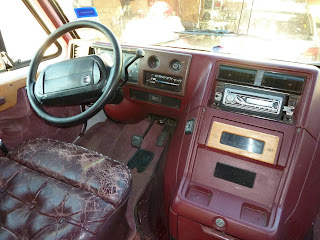 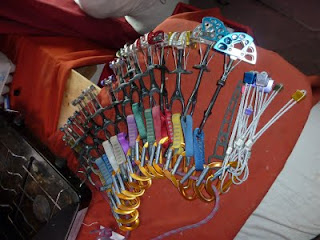