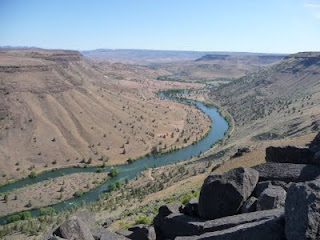 So! How was Trout Creek?
I’ll just say it was an amazing, quite and inspiring climbing area that reminded me a little to Indian Creek (what is still my favorite spot of my trip!).
The evening of our rest day we arrived in Trout Creek where we illegally slept between some trees near an expensive fisherman’s campground. Trout Creek is in the middle of nowhere but still there are a lot of people in the small valley. All those people are old fishermen. It’s a famous place for the fishing sport. But no worries, the climbing area is far away from the river and high up. 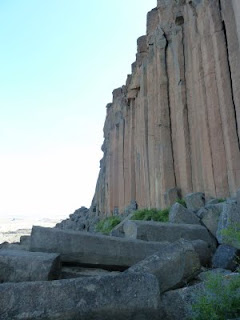 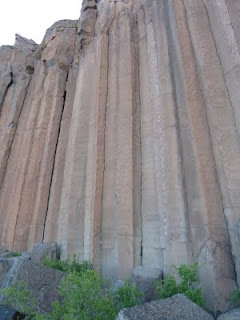 The morning after our arrival we left as early as our bodies wanted to up to the crag. We went early to climb in the shade until 2pm. The hike is steep and hot! Completely melted we arrived at the paradise of splitters and stemming lines! Without a guidebook we looked for the nicest looking splitters and jumped on them. We did a perfect #2 BD size splitter to start. This was the first real splitter Florian did what is really intimidating in the beginning. Definitely as us Europeans who don’t know how to jam properly. But now we can! It’s almost as perfect as Indian Creek. We did a couple of other splitters and stemming lines. One line is called ‘The Space Between’ where you just stem between two walls with on the left and right a crack. Really weird style to get used to. We did as much as possible before the sun made the wall like an oven. After 2 pm we baked a little in the sun and walked back to the car.
Back at the car I took my scissors, put it in Flo’s hands and said: ‘Fuck man! I’m sick of this woman hair, I feel like a bitch! Please cut it off!’ (Maybe a little exaggerated) Flo first made me some dreads and then he trimmed my doggy head! 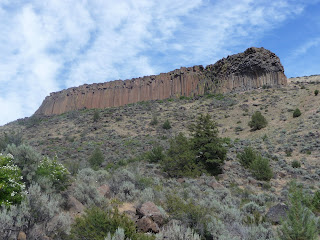 Then next day we woke up early again to enjoy the shady climbing. This time we tried some harder stuff. First we did a nice corner 5.12-, ‘Alchemy’ on top rope, hereafter I lead it to the top. As second hard line we tried ‘Winter Sustenance’, 5.12 on top rope and after that I tried it again on lead. I couldn’t do this one and after that one lead try our shady time was over.

Too bad Flo had to leave 2 days after that last Trout climbing day because we were just getting used to the style. I could stay at least 5 more days in that place. It’s not a big climbing area, but it is really interesting and technical.
There is a high quantity of thin and hard cracks, even projects! It’s also really quite and the nature around is beautiful and peaceful. 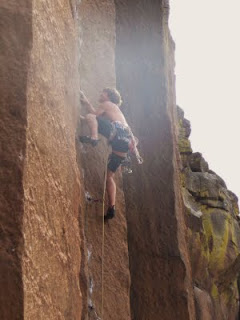 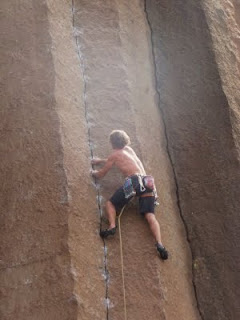 When we left Trout Creek that afternoon we went towards Portland where we slept on a crowded Wall-mart parking lot. The next day we visited Portland a little bit but we weren’t impressed by the city. There are a lot of poor people on the streets and all kinds of different subcultures. We decided not to stay there to long and went further up north towards Seattle. We slept 1.5 hours South of Seattle because we didn’t want to sleep in a big city again! It’s a real shock sometimes to hang around in a packed city after living in nature for so long.

Florian’s last day started and we went up to Seattle where we visited the city. Seattle is pretty big and also really crowded. It’s a real typical American city how we Europeans imagine it. Stressed people running around with suitcases to get on the bus, spilling there coffee all over there suits! Typically! But it also has his charms and can be an acceptable place to hang out. 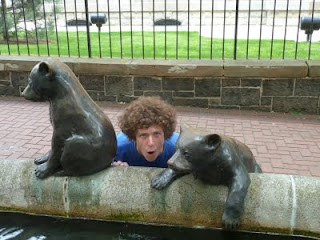 The next morning really early I dropped Florian off at the airport! Was a weird feeling after chairing a Van with him for a month. I had a really good time climbing in the states with someone I know. Definitely doing big walls was handy and lots of fun with Flo! 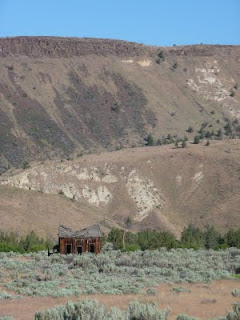 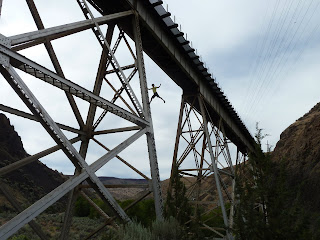 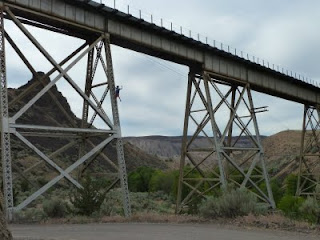 After I dropped Flo off I went to pick up another French speaking guy. But these time not a Belgian but a Frenchmen! I met the Frenchmen, Mathieu Mercier, in Zion almost 2 months ago. He climbed there with his partner, Nicolas André, who is injured now. So they decided to separate there ways and Mathieu contacted me to climb with me in Index and Squamish. After I picked Mat up in Seattle we went straight towards Index. Index is an hour east of Seattle. We arrived in Index in really rainy and shitty weather so we went on to Leavenworth an extra hour more to the east. Leavenworth was dry and sunny. We climbed there the next day but didn’t really like it. It’s really blocky and loose granite without much real splitters. But I’m talking just about the one area where we climbed that one day. There is probably better stuff to. 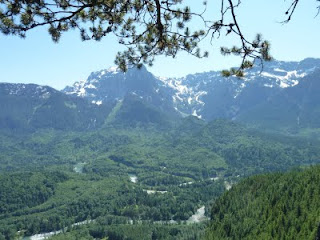 We checked the weather that evening and saw that it was going to be sunny in Index so we drove there immediately that next evening. Index is a little town in nowhere with a big river running through it and some nice granite walls on the side. This town is mostly living from the water sports like rafting and kayaking. The climbing is still not so popular yet although it is high quality granite here! You can even compare it with Yosemite but smaller. Because of the rainy weather here almost all year long, the rock is in some places really mossy but apparently during the summer it cleans up pretty fast. The granite is really solid and not much of it will break, I like that! 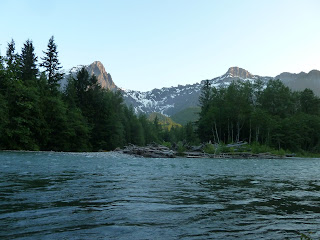 We climbed two days in Index now and I’m a big fan! The rock is good, a lot of hard stuff, and some different styles if you want to. We did some of the classic lines last two days to get used to the style. The grades are comparable with the hard grades of Smith Rock. This is definitely not a beginner area! It’s really hard and technical. We got our as kicked by 5.11b’s who are in Europe for shore 5.12b! And don’t forget that I’m talking about trad climbing! So grades are already harder! 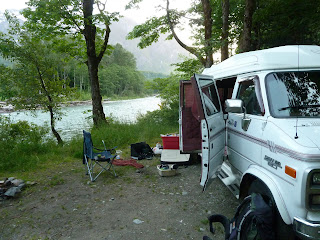 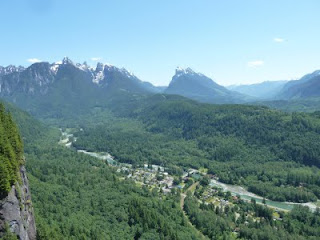 The last days’s we met some local climbers and kayakers and have been hanging out with them. Yesterday we went to a local party so today is a rest day for shore! We even have to rest because of the rain today. Tomorrow it’s going to be good and sunny again!