August 5, 2011 In Uncategorized By admin 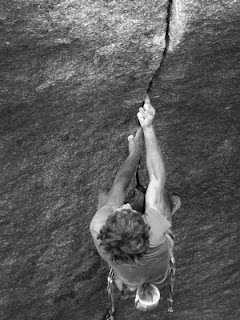 Only 12 days left! It’s really not long anymore! I’m pretty sad to think about it but it is the truth! The plan was to go to the Bugaboos but Mike and I are hesitating about it. Finally the weather here in Squamish is stable, nice and sunny. Compared to the weather in the Bugaboos where it is really snowy and rainy. Mike and I are also both psyched on Squamish for the moment so we are not feeling like leaving for the moment. 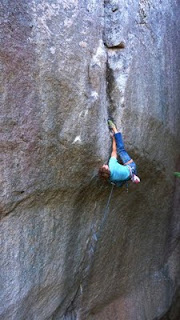 Last couple of days I did some random climbing. I tried El ChupaCobra again one day with Mason and yesterday with Alex Honnold. Both really inspiring climbing partners! Mason had again a really good try up to the last move where he fell, he is getting really close and I’m excited for him sending The Cobra! He took two rest days and is going up today to give it the final try! I’m excited for him!

Yesterday I warmed up in ‘Warriors of the Wasteland’ with the Petzl mini-traction. This time I tried to climb as fast as possible! I did the 5 long pitches in 40 minutes! This is a really good training. In the afternoon I did the 45 minutes hike to the Cobra again, this time with Alex who hasn’t tried the line in a year. I gave it a really good top rope burn with only 3 hangs! So exciting.
After that Alex gave it a lead burn with me yelling beta at him. His reason of starting to lead was to maybe send it and bitch about it to Mason! The good old competitive friends! He didn’t send it as expected because he hasn’t tried it for a year! After that I gave it another burn and this time on lead! It went pretty well but in the first crux I fell and ended up with a huge flapper on my pointer finger. Fuck! I hate my skin and it has been a problem for so long already! The Cobra Crack you only can try once or twice a day because it’s so pain full for the joints of your fingers as well as the skin! After every day trying this project my fingers are swollen as hell and I need a day off to recover just those joints! 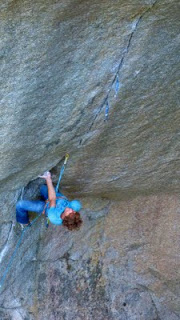 I have been hanging out with Dean Potter as well. Really interesting personality! Dean also gave the cobra a try but he thinks of giving it some more time before fully trying it. Now I compared my hands with Dean’s and Alex’s and it turned out I really have big fingers and hands! Fuck! The cobra is really finger size dependent and is a real struggle with bigger fingers. But yeah, no worries just a little more challenging! I discovered in this line how strong my middle finger is. I take the mono with just the first knuckle in and I’m able to completely pull on it! So exciting! Yesterday I could link all those crux moves really good!

Now I have to wait until my skin heals! Fuck!

I’ll probably go bouldering a little to get some strength back, because I lost a lot of pure power! 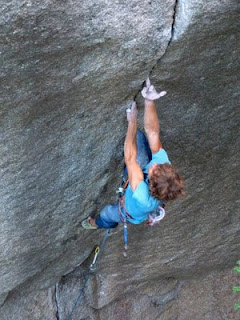 Here some pictures of Horn Lake to give an example of the climbing. 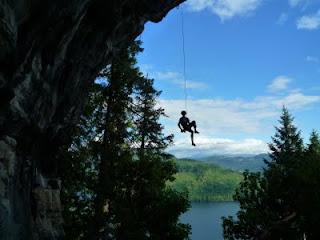 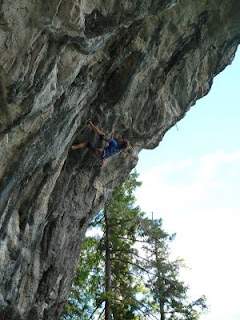