Close to the end

September 4, 2010 In Uncategorized By admin

Close to the end 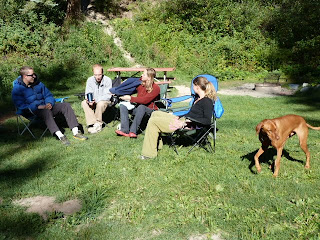 I’m getting really close to the end of my trip right now. After I did Roadside Prophet I couldn’t do that much anymore because of my destroyed fingertips! It is getting really frustrating after a while. I even took a couple of rest days but the cuts in my fingertips are opening immediately after one route climbing.

But my climbing life is gonna change! I found a guy who uses a creme called ‘Anti-hydration’. I have really wet skin and after a while my fingertips are getting pink and then I get dead white skin that is really soft. If I’m climbing more the soft skin start splitting open. You can see this really clear on the pictures. This creme is made for the table Fussball sport in Germany and its makes calluses on your fingers really fast. It drys out your skin, that’s what I need! 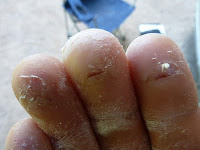 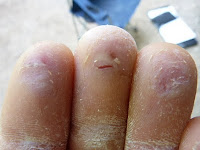 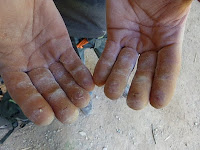 Last days I tried two 8b’s that I normally can do. But the mummy taped fingers are holding me from doing it, but I’m not giving up! One route is called ‘Living in Fear’, it supposed to be the hardest 8b in the canyon. It is a really sustained climb without many rests and without any knee-bars, this is really rare for Rifle climbing.
The other 8b is an awesome long route and a really classic one in Rifle, it’s called Huge and is next to Roadside Prophet.

The last 10 days I’m climbing in a really nice group of climbers, everybody of that group is on his own here in Rifle and we’re just all climbing together. The last days where some amazing funny days. Especially when I tried to translate a french expression to English. I year ago I learn the expression you say when some route is really easy. The expression in french: Je peux le faire avec une carrotte dans le cul!
So when I told this expression to one of the guys I’m climbing with, he took this really literally. So to prove climbing is easy, Ryan Palo did Spray-a-thon (8a+) onsight WITH a carrot in his ass! (Don’t take it to seriously, in his pants somewhere) 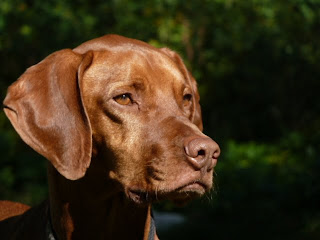 This is ‘RIN’, the tough dog who is responsible for the safety of the climbers!