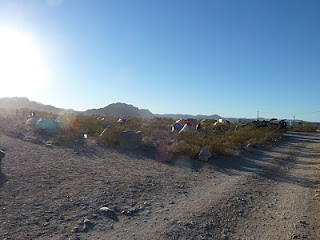 On Friday I finally got my registration of the car. So I was able to leave Hueco. But after a lot of thinking and hesitating I finally made the decision to stay 2 more days in Hueco Tanks because of the Hueco Rock Rodeo. This is a famous outdoor rock climbing competition in the US with a lot of strong climbers.

I planned to leave 6 days ago to Red Rocks, Las Vegas, but I was obligated to stay in Texas because I didn’t have a registration for the car yet. But I decided to just stay two more days for the Rock Rodeo. I thought it would be a nice end of this trip in Hueco.

The event started Friday night. They showed the movie ‘Core’, which I like a lot. There was a Fuddruckers truck who sold some junk food for the real American atmosphere. 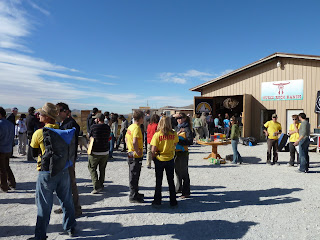 On Saturday the competition started at ten in the morning. There were 165 competitors who signed up in the morning. They made a list with all the problems the competitors could do. The list was divided in two areas; the backcountry (East- and West Mountain and The Spurr) and North Mountain. The competitors needed to chose where they wanted to climb, it wasn’t able to climb in the backcountry and on North Mountain. The problems who were on the tick list for North Mountain where until grade V10. The problems on the tick list of the backcountry were harder with a couple of V14’s. So if you wanted to compete in the higher category you needed to climb at the backcountry. The goal is to do as much problems you can. The harder a problem is the more points you get for it. If you do it first go it has more points. For each fall you count 10 points less. The people where you climbed with were judging, that worked perfect. The results list they device in 4 different categories for women and men. The first three of each category got some nice prices. 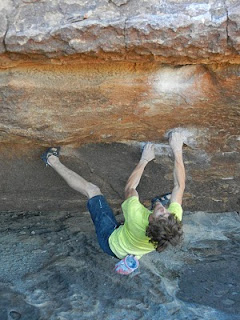 I did 4 new V8’s, one V9 and a couple of V7’s. With this category system there was a lot of chance you got a price. So I was thinking to maybe be in the second highest category. After the awards I found out I ended on the fourth place in the highest category. Mutants! This was really unexpected. Daniel Woods won the comp and Sam Davis was second. The head sponsor of this big event was Five Ten who gave away lots of free stuff. They just threw all this free stuff of the sponsors in the audience, and it was a lot!

They also showed the new movie of Dave Graham and Jon Cardwell, ‘Reach’. I liked it because it was so unusual. The movie made them look human and not perfect! The movie showed those top climbers like who they are. They were frustrated sometimes and had also a hard time in projects like everybody else.

The party was really nice with an awesome atmosphere! There was also a big fire with lots of wood the whole night long! Today it was a lazy they at the ranch and tomorrow I’m leaving to Red Rocks, Las Vegas!

Just before the competition I had a short but nice day. I did ‘Dirty martini on the rocks’ V10 really fast without too much try’s. Thanks to the rests I took last days to work in the Van my fingertips health well! Climbing feels also way easier without all the tape around my fingertips. I think I should try some harder things while I’m here. 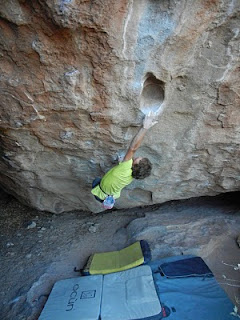 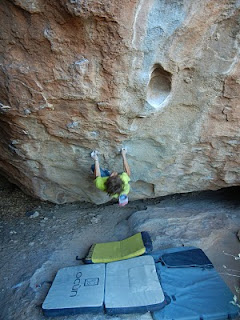 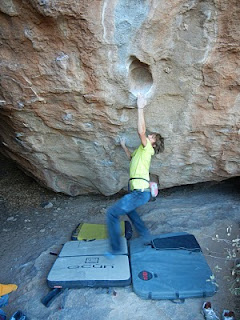 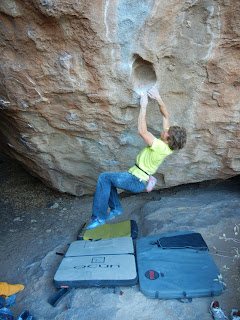 I’ll keep you up to date!

Here some more pictures of the Van. 🙂 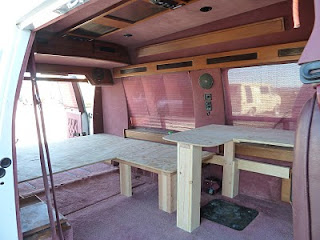 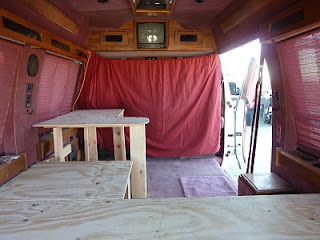 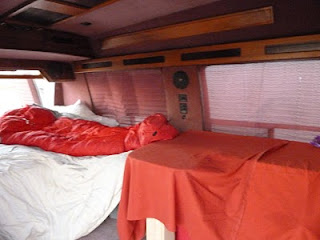 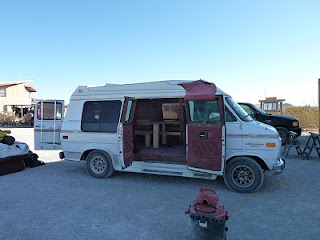 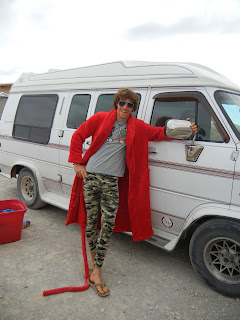