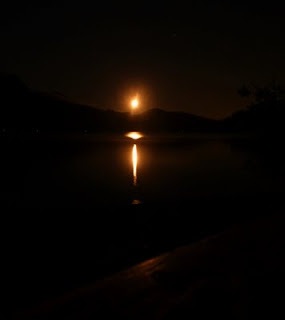 It’s been a while. But here it is again! A new blog post with tons of positive energy!
During the rainy days we climbed two days at Cheakamus, the sport climbing area between Squamish and Whistler.
After the rain it was clouded for 3 days where I did a handful of easier cragging and also a nice fixed rope solo. In one hour I went up 6 pitches of ‘Warriors of the Wasteland’ with the Petzl Mini Traction on some fixed ropes they used to clean the climb! It is amazing to climb alone on a wall that high but still save. The only thing you have is harness, shoes, Petzl mini traction and a grigri to rappel off.

A week ago Matthieu the French guy left the States and went back home. So now I’m back to looking for climbing partners. What is not difficult here in Squamish, social climbing Mecca of the lonely climbers!

The day after Matthieu left I left Squamish with an American girl (Holly), an Austrian girl (Nina) and a Canadian GUY (Nick)! We left earth for a while to go climbing on Vancouver Island for about two days! This because of the rain in Squamish. We went to ‘Horn Lake’, a small limestone sport climbing area. The big cave is really overhanging and reminded me to a mixture of Rifle and Rodellar. There were some tufa’s but not as many as in Rodellar. I did a couple of nice 12’s there and one 5.13c (8a+) trough a big roof! Amazing and interesting climb! It felt good again to do some sport climbing. I see that the sport climbing strength returns pretty fast! 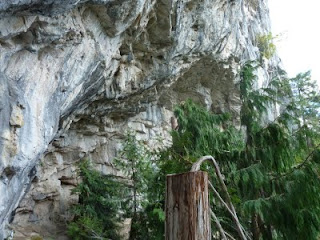 Since we’re back in Squamish I climbed a lot, a lot of hard meters! The first day I returned back towards ‘The flight of the Challenger’, hard 5.12c trad! Without any expectations I gave this beautiful line another try! I only tried it once more than a week ago. This time I returned fresh with the right gear. I did it that try with a good fight and some nasty screams! Trad-climbing is so scary sometimes, but so satisfying! I was really happy and felt ready for another hard single pitch! 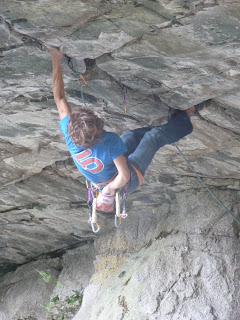 Yesterday the clouds were there again but without rain! They brought some wind and sending time with them! I found a belay buddy for the whole day (Thanks Holly) and went to ‘Zombie Roof’, 5.13a crack in a roof! The first try was all about finding beta in this weird featured roof crack. The movements are power full on hand jams and finger locks. The gear is good but takes power to place! The crux is at the end to come out of the roof, where I fell twice. I did it on my 4th go leading and placing the gear! Amazing! I’m so excited to try more and harder! 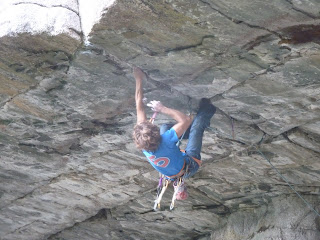 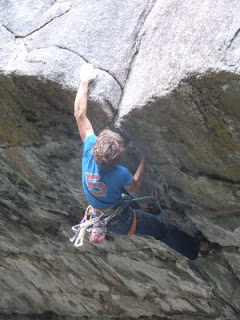 I only have a little less than a month to go here in the States and Canada so I’m enjoying as much as I can! The 5th of august I’m going with Mike Martinson towards the Bugaboos for the rest of my trip. Now I’m still stressing and searching for some crampons, ice axes and other gear I need for the cold weather! I hope I find a way Five Ten and Beal can support me with new shoes and ropes what I really need.

I’m excited to try out some alpine climbing and doing some big walls on high altitude.

I’ll keep you up to date!