Tuzgle is a high dessert climbing area at 4000 meters above sea level that offers three different types of climbing. The climbing area is a volcanic canyon near the volcano Tuzgle. On both sides of the canyon are two rails of basalt rock with underneath on the slopes a lot of boulders. In the main canyon where the road goes you can climb easily a good two week trip or longer. Besides this canyon there are 3 other canyons with as much rock as the main canyon. In those other canyons are no sportclimbing routes but there is a lot of possibility. Cracks and boulders you´ll find all over ready to be climbed.

You can climb some nice boulders with slopy pockets, rails and crimps. In de bouldering and the sportclimbing  the style is the same. The typical styles of the area are big arrets and prows that result in real technical and balance climbing. Perfectionism is key in this climbing style.

Getting there is pretty difficult without a car. You can go to Tuzgle on two different ways. Entering from Jujuy or Salta. If you go from Salta you can take the bus to San Antonio de los Cobres and from there you need a car. Nico, Argiro, Sean, Paulita and I entered from Jujuy. From Jujuy you take a bus to Susques and then to the little village of Puesto Sey. This bus ride is rough, uncomfortable and took us the hole night, we left Jujuy at   21h and arrived at 6h in the morning. This you need to do with all your food because in Puesto Sey you can buy really little food. From Puesto Sey we walked five kilometers towards the middle of the main canyon where the road goes. Down in this canyon you can camp. It´s important to take your drinking water from the village because the water from the river is not potable because of the sulfur. Even a good water pump or chlorine tablets don´t get the sulfur out. Some people say the water from the village is also not good to drink but we just did it and did not get sick.

The canyon and rock reminded me to Indian Creek, only the rock is harder. We climbed a lot of sport routes and cracks. The cracks are mostly really perfect like in the Creek. But a lot of times there is a first 10 meter layer of loose white rock that makes a start hard or impossible.

We did all kind of cracks, one day we even committed to do a big off width (second route of the day). Start with a roof crack wide hands into a runout (groundfall) off width without protection. Before entering the off width I started hesitating; it was scary, hard and I wasn´t acclimatized yet. Sean under me kept screaming; ´´Common man, once you get in the off width you can not fall out anymore and it´s getting easy towards the top!´´ So under some pressure of Sean I just went for it and fought to the top. But because me lack of off width experience this was never getting easier towards the end. After a scary fight I arrived on top laying down 10 minutes and waiting to vomit but I never did. That day I didn´t climb much anymore and felt sick from the effort at 4000 meters. Oh I love off widths! 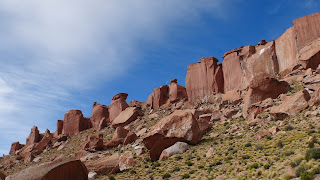 The life and climbing in Tuzgle can be really rough when the cold wind is arriving. The first week we had really cold weather and the wind was making climbing, cooking, sleeping and almost everything really hard! It´s hard imagining staying there a long time with those conditions. But at the end of the first week the wind got less little by little. The last three days in Tuzgle were amazing, it got a lot colder when the sun was gone, but there was no wind and so nice to climb during the day. 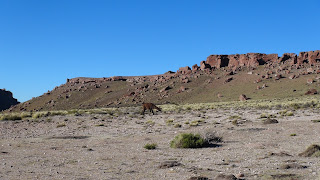 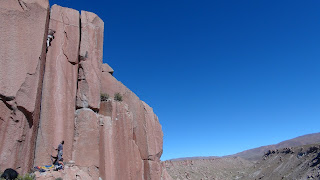 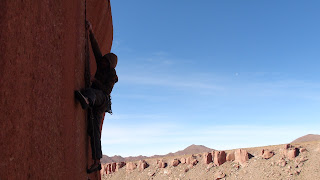 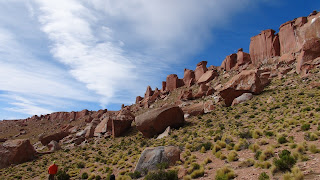 After 10 days in Tuzgle and 3 and a half months of climbing and traveling I felt like taking a little break of climbing and doing something to change my mind. I returned with Paulita and Sean towards Buenos Aires and searched for some nice place to spend my last 20 days in South America.

It took me a long time to decide were to go and what to do but I found it!

After I ate some Alfajores in Buenos Aires with Sean and Paulita I took the plane to a new and unplanned destination: 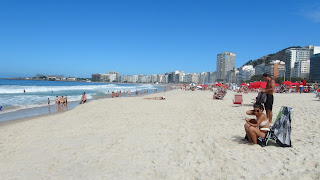 I decided to come Brasil to relax, get some rest and afterwards still climb a little with Marcos Costa at his home town Teresopolis. When I´m sick of beaches and blue water we will climb some granite multi-pitch on the big Jungle domes near Teresopolis. In the mean time I´ll do some Janiero´s in the coconut trees on the beach! 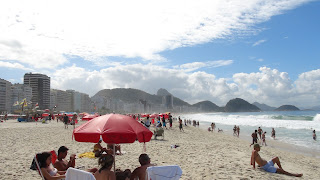